Robert H. Prince, Jr. is involved with national transit issues and focuses on state of good repair/capital needs assessments, security analyses, BRT development, and new-system operations start- up. His excellent communication skills combined with his ability to prioritize the Authority’s goals assured the operational reliability of the system and the preservation of the MBTA’s revenue stream. Through his achievements, Prince has received many awards, among them The Governor’s Pride and Performance Award, The Greater Boston Black Achievers Award, The Consumer Affairs Annual Bell Ringer Awards for Excellence for Public Information through the Snow Guide, the Heroes Among Us Award presented by the Boston Celtics, and WTS’s Rosa Parks award for diversity.

As the former MBTA General Manager, Robert spent over 25 years holding over 20 jobs culminating as the General Manager. As GM he provided the daily operations and administrative leadership for the MBTA. He was responsible for the establishment of all management policies and practices, and sets standards of excellence to which all
operations, compliance and administrative functions perform. He oversaw the management of over 6,500 employees, and transported over a million commuters each day. He is also author of Everyman: Foot Prince in the Snow.

He is married to Dr. Judith Prince and they have two children and two grandchildren and reside in Boston, Massachusetts. 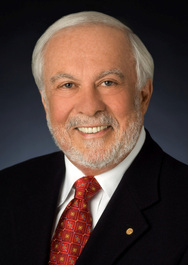 Clarence William Marsella is an internationally recognized and accomplished transportation manager in both the public and private sectors, with a strong track record in managing public transit as a business. Business strategies have been developed and employed for all aspects of transit operations and through the implementation and financing of successful public private partnerships for all elements of transportation operations and infrastructure.

From 1995 to 2009 he served as General Manager and Chief Executive Officer of the Denver Regional Transportation District (RTD) and reported to a fifteen member elected Board of Directors.

Over fourteen years, he led the Agency to become a high performing, efficient and publicly supported transit agency that was, in 2003 and 2008, named the APTA Outstanding Public Transit Agency in North America.

Mr. Marsella successfully prepared, submitted and received approval of four separate Full Funding Grant Agreements that totaled over one billion in Federal funds. He directly managed four rail projects that were all built on time and within budget. Another one billion dollars in Federal funds for another FFGA for the East corridor to the Airport is imminent and was initiated under his tenure.

He has supervised numerous projects including serving as Co-project manager for the award winning, $2 billion Highway/Transit multimodal project named TREX on I-25 in Denver in partnership with the State of Colorado Department of Transportation, as well as managing the closeout of the Downtown Express HOV project on I-25 and leading the successful negotiation to convert that facility to a HOV/HOT operation.

In 2004, he worked to develop a comprehensive regional plan and played key role in a successful voter initiative to build an entire fixed guideway mass transit system over a 12 year period. This ballot initiative passed with a 58% plurality within the eight county RTD region and is currently under construction.

Presently, Mr. Marsella is practicing as an independent consultant on select projects as an affiliate of Patton Boggs, Inc., and in coordination with specialized partners on a project by project basis.
Photo (adapted): swanksalot | Flickr