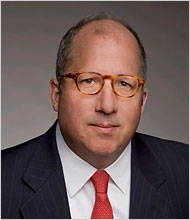 Chris Ward is the Executive Vice President at Dragados USA, a Spanish construction firm in New York City. Prior to joining Dragados USA, Mr. Ward served as the Executive Director of the Port Authority of New York and New Jersey and is credited with leading the accelerated completion of the World Trade Center Memorial Plaza for the 10th anniversary of 9/11. Prior to his involvement, the $20 billion-plus project had slid over budget and behind schedule, and his speech at Transport Chicago will bring a unique perspective on large scale resiliency efforts post disasters or attacks.

Mr. Ward received his bachelor’s degree from McAlister College in Saint Paul and a Master of Theological Studies from Harvard. 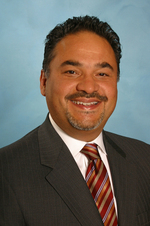 Andres Garcia is the Program Manager for the ﻿O'Hare Modernization Program﻿. As a graduate Civil Engineer with a Master’s in Engineering Administration, he has been involved in airport development, including planning, design, construction and management, for the last 29 years. He joined the O'Hare Modernization Program in 2006 and before taking the Program Management position, he managed the implementation of projects in the south and north airfield. Mr. Garcia is a Vice President with ﻿AECOM﻿, a global provider of consulting services.
FINLAY GRAHAM  |  DIRECTOR OF AVIATION, RICONDO & ASSOCIATES
Finlay Graham has over 18 years of experience in Airport Planning with Ricondo & Associates in their Chicago office.  As a Director with Ricondo, Mr. Graham specializes in airfield and aviation facilities planning, with a focus on implementation and construction phasing planning of airport improvement projects.  His primary role over the last 13 years has been to serve as the lead Airport Planning Consultant for the Chicago Department of Aviation to plan and implement the O’Hare Modernization Program.  This is a multi-billion dollar project that not only changes the layout of the Airport’s runways, but also restructures the airspace around Chicago to reduce delays, increase capacity and enhance airfield safety. In this role, Mr. Graham collaborates extensively with the Federal Aviation Administration, Airlines, Airport Users and other governmental agencies to ensure that the overall plan is designed and built safely while minimizing disruptions to one of the world’s busiest airports.  This is done while responding to the constant evolution in the aviation industry that includes new aircraft models, modifications to airfield and airspace operations, changes to design criteria and the consolidation of airlines.

In addition to the above, Mr. Graham has also provided technical airport planning consulting services at other large airports such as London-Heathrow, San Francisco, Oakland, San Antonio, Miami and Phoenix Sky Harbor International Airports, to name a few.  He has developed master plans and impact assessment studies for development at smaller airports, such as Rostraver in Pennsylvania, Stinson Municipal in San Antonio, and most recently, Beef Island in the British Virgin Islands.

Mr. Graham graduated from the University of Paisley in Scotland with a Bachelor of Engineering (Honors) degree in Civil Engineering.